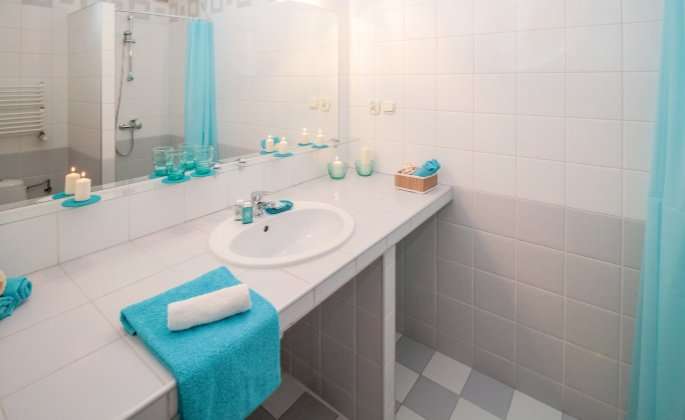 Bulimia Nervosa is an eating disorder characterized by bingeing and purging. People diagnosed with bulimia frequently binge on food, eating thousands of calories in a single episode. Feelings of shame and disgust often accompany these binge eating episodes, leading to purging behaviors such as vomiting, laxative abuse, over-exercising and/or fasting. This compensatory behavior is a tell-tale sign that an individual is suffering from bulimia. Despite attempts to lose weight by purging, those with bulimia generally maintain a body weight that is normal or slightly above average.

Warning signs of bulimia may include:

Bulimia is a frequent, recurring cycle of bingeing and purging that can have serious effects on an individual’s physical health. Outward appearances of those with bulimia typically disguise the fact that they are suffering from a detrimental eating disorder. As the illness progresses, a person’s dental health may decrease along with a myriad of other serious physical symptoms. These consequences of the eating disorder vary depending on the severity and length of a person’s eating disorder, but the seriousness of the illness will progress the longer an individual is affected by it. If treated swiftly and correctly, individuals are able to experience recovery and healing, along with the reversal of most, but not all, of the physical consequences. However, without professional treatment, bulimia nervosa may be life-threatening.

Dentists are often the first people to notice signs of bulimia. With repeated vomiting, teeth are permanently eroded and may begin to discolor or change in shape, size or length. They often become weaker, more translucent and brittle. The ends of teeth may become drastically thinner and chip off. Stomach acid coming into contact with veneers and fillings will eventually erode the materials. This destruction of the teeth causes sensitivity to hot and cold temperatures, making it painful to eat and drink (Burkhart, 2011).

Along with the destruction of the teeth, gums and soft tissues in the mouth are affected as well. Those who purge may develop lesions on the roof of their mouth, on the insides of their cheeks or on the back of their throat from inducing vomiting with a finger, toothbrush or another device. In numerous patients, it has been shown that immediate brushing after vomiting has negative effects on the teeth, often making decay and damage worse. This damage can be partially prevented when patients rinse their mouths following purging instead of brushing their teeth. Frequent vomiting also results in canker sores, redness and pain in the mouth and enlarged salivary glands, which may cause swollen cheeks. Bulimia behaviors may also result in dry mouth, cavities, periodontal disease and general poor oral hygiene (Lyons, 2017).

With consistent bingeing and purging, individuals with bulimia experience severe nutritional deprivation and they may start to experience starvation. As a result of starvation and malnutrition, lanugo hair may appear on the face and body in an attempt to keep the person warm, the skin may pale and scalp hair and nails may become brittle. If an individual is vomiting, they may experience a change in their facial appearance, as vomiting may lead to swollen glands causing puffy cheeks and ruptures in the blood vessels in the eyes. In addition to these effects, frequent vomiting may cause hand dermatitis from frequent, compulsive handwashing and the knuckles and fingers may develop sores, scratches and dry skin from self-induced vomiting (Gupta, Haberman, 1987).

Those with bulimia may suffer from a variety of gastrointestinal symptoms due to frequent vomiting, laxative use and/or diuretic use. Vomiting and excessive laxative use can disrupt the digestive system, causing gastrointestinal bleeding and reflux. By repeatedly vomiting, the esophagus relaxes, “making it easy for the contents of the stomach to rise up into the throat and the mouth. When a bulimic leans over after eating, or burps, for example, [he or she] may spontaneously vomit” (Herrin, Matsumoto, 2013). Many individuals experience extreme heartburn due to this regurgitation along with the inflammation of the esophagus. If irritation of the esophagus is severe and the vomiting behavior is not lessened, bulimia rarely may result in a ruptured esophagus. While this is rare, “the mortality rate from esophageal rupture is approximately 25%” (Krantz et al., 1987).

In addition to the negative results of vomiting, bingeing has serious consequences as well. Frequent episodes of bingeing may result in gastric rupture, where the stomach bursts from being too full. This happens when an individual eats so much that they unable to purge after due to the pressure in the gut. Gastric rupture may be fatal.

Those who abuse laxatives will typically have electrolyte imbalances and will often become dependent on laxatives. With bingeing and laxative use, the colon may stretch and lose strength, causing severe constipation. In severe cases of bulimia, individuals have permanently lost bowel function and have had to use a colostomy bag for the remainder of their life (Herrin, Matsumoto, 2013).

Diuretic or “water pill” abuse in those with bulimia often results in dehydration, causing the kidneys to “reabsorb fluid to make up for what is lost by purging. The fluid and electrolytes lost from purging cause the body to hold onto more water and electrolytes,” which causes individuals to gain more weight due to water retention (Herrin, Matsumoto, 2013). This increased weight gain often causes individuals with bulimia to increase their use of diuretics in an attempt to lose weight, which creates a cycle of use.

Bulimia with bingeing and vomiting can also cause hypoglycemia and alter glucose levels. Altered hormone states and malnutrition may cause the loss of menstruation for applicable parties and stunted growth. Those with bulimia that stop menstruating do so because their body shutting down non-essential functions in an effort to preserve itself. Going forward, this disruption in bodily cycles may lead to infertility in women.

Bulimia negatively impacts an individual’s nervous system and has several severe impacts on day-to-day life. Due to malnutrition and starvation, individuals often find themselves unable to focus, reason well and/or process information efficiently. These functioning issues can be regained after an individual seeks treatment and begins recovery from their eating disorder.

When a person purges they are losing essential nutrients and, notably, calcium. This loss of nutrients makes it challenging on the body to maintain proper growth and strength. Approximately 85% of women and 26-36% of men with a form of anorexia will experience osteoporosis (loss of bone density) or osteopenia (loss of bone calcium), and are at risk for bone breakage and fractures (Brown & Mehler, 2017). It is advised that individuals struggling with bulimia avoid exercise unless they are able to properly nourish their bodies for the activity.

Most purging behaviors result in dehydration. This dehydration may cause hypotension and electrolyte abnormalities, which affects the cardiovascular system (Gupta et al., 1987). In addition, if the body is not getting adequate calories to burn, it may begin to consume muscle, making the heart weaker. If an individual has a weaker heart, they are at a higher risk for heart rate abnormalities and cardiac arrest, which may be fatal (Mehler, 2017).

For those experiencing bulimia, or any eating disorder, it is recommended to seek treatment as soon as possible. The sooner an individual begins treatment, the easier and shorter the duration of recovery often is. With appropriate treatment, those struggling with bulimia nervosa will be able to reverse most of the physical symptoms and lead a normal, healthy life. Unfortunately, dental issues including tooth decay, breakage and discoloring may not be reversible and may require medical intervention.

Eating disorders don’t have to be permanent. With the professional treatment, recovering from bulimia is possible. If you or a loved one are struggling, reach out to The Emily Program at 1-888-364-5977.