Out of the Frying Pan Into the Fire 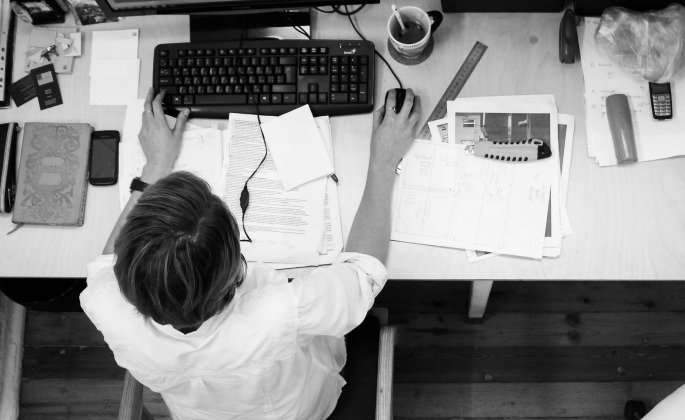 By Dallas Rising, a former Emily Program client and woman in recovery

Eating disorders are designed to consume us. It can feel like the only way you can ever find yourself is by listening to what they’re telling you to do and following the instructions to the letter. You start to think your self-worth depends on following the rules, and if you break them you’re worthless.

In recovery, I gradually started to identify my disordered thoughts and understand that they weren’t inherently true. I started to recognize them for the destructive and hateful events they were. Over time, I gained skills to resist them. That was hard. Sometimes it still is.

The more I learned to combat these terrible thoughts, the more space I found to do things I cared about. I was no longer completely consumed and controlled by my eating disorder and finally had some freedom to place my attention elsewhere.

Elsewhere was activism. I found that I could care more about my work to help others than about striving for an ever-elusive body shape. Focusing on my work allowed me to finally create significant distance between myself and my eating disorder.

I committed myself to my work with the fervor with which I had chased a smaller body. It was easy to do. I was passionate about it and our culture values work, abhorring what it perceives to be laziness or weakness. The obsession I had previously had with food was now focused on something noble. Instead of having to hide, deflect, and obscure my behavior, I could talk about it and be met with respect instead of pity or contempt.

As I racked up achievements, I gained more admiration and recognition. People cared about what I had to say and looked to me as a leader. I took on more and more responsibility and worked harder and harder. Others would marvel at my ability to manage it all. It wasn’t always easy, but working hard helped my depressed brain justify my existence most of the time. Now, instead of punishing myself with food and exercise, I was punishing myself with excessive demands on my time and attention. I no longer had energy to think about food in the ways I had before and my eating habits turned from a curated set of unhealthy behaviors to a haphazard afterthought that resembled my old habits only in that they failed to bring me joy or fulfillment.

It took me a long time to realize that I had gone from being controlled by my ED to being controlled by my workaholism. To stop was unthinkable. Even for a break. I found my way to positions where I needed to be available 24/7. Then to a role where I was essentially a public figure and my activism took on a performative element that erased any boundary between my work and personal life. Social media intensified this blurring. I couldn’t see a way out, because if I wasn’t doing these things, who would I be?

Identifying with our jobs is part of American culture. It’s one of the first questions we ask when meeting someone new. “What do you do?” is universally understood to be about the work you do for pay. We don’t ask the question, “What do you love?” or “Who do you want to be?” We make judgments about a person’s value based on the title they hold, whether it be some letters they get to signify time spent in school or the level of power and control they hold over others. We assume the people with the titles have worth – otherwise they wouldn’t have the title. And, conversely, those without them do not. They are literally “worth less.” Within this skewed value system, we want to surround ourselves with important people so we can be important, too.

So, what happens when you go from being someone admired for the breadth and scope of your work to someone without any titles at all? For someone who doesn’t know who they are, and I would argue that’s everyone living with an active eating disorder, it’s anywhere from uncomfortable to disorienting. After my sister died, I needed to escape the astronomical expectations I placed on myself and the performance those around me came to expect. I left my job and gave up all extra responsibilities that allowed me to avoid being with myself. Life slowed down. I reconnected with my family. I stopped posting on social media and found I enjoyed the privacy and simplicity of living a life without voluntarily subjecting myself to the scrutiny of others. My perspective expanded with my new room to breathe, I started to see nuance and complexity where I had once been rigid, and the new people I formed relationships with got to know me as a person instead of a figurehead.

Eating disorders keep us separate and isolated. They drag our attention inward and restrict our thoughts to a small set of obsessions that keep us in a state of anxiety, desperation, and fear. A preoccupation with food interferes with our ability to connect with others, relax, or pursue the things in life we enjoy. I was so relieved to be rid of that obsession that I didn’t realize I was developing a new one. I imagine this is a trap others fall into as well.

Finding an identity is hard. Especially in a world where we’re taught from the time we’re small that who we are is shaped by what we buy and how we look. But it’s a question worth asking and spending time exploring. Who do I want to be?