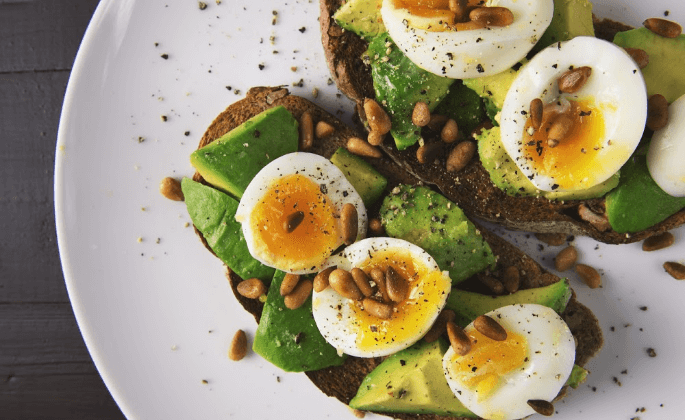 These all seem like positive indicators that a particular food will make a positive impact when consumed as part of a healthful lifestyle. Indeed, it might. However, as with other extreme behaviors, an overly stringent focus on only including these kinds of foods in the diet can have unanticipated negative consequences, some of them with the capacity to be devastating.

An overly strong focus or obsession with only eating these kinds of foods and/or creating and maintaining a diet comprised only of these kinds of foods, and the associated behaviors—sometimes described as orthorexia—can lead to serious physical and emotional consequences. “Orthorexia” is an informal term coined in 1997 by alternative medicine practitioner Steven Bratman in an article for Yoga Journal, describing a quality he saw in people who had a very strong devotion to their understanding of healthy eating. Over the years, use of the term has morphed from Bratman’s original concept into articles describing potential criteria to use to define the condition and discussions regarding it as a distinct eating disorder diagnosis in the Diagnostic and Statistical Manual of Mental Disorders (DSM). No consensus has been reached as of yet, so while the term is used in the popular media, it does not have a formal definition in the clinical realm.

Yet, the obsession with eating in a certain way—whatever it is called—can have serious consequences. While people with behaviors and thought patterns that may be described as orthorexia may initially seem like “health conscious” or “super healthy” people, they may actually have an eating disorder.

Signs and symptoms of an eating disorder can include:

People struggling with eating disorder behaviors described as orthorexia may seek to eliminate multiple foods, such as animal products or highly palatable foods containing sugars, salt, and fats; substances added to food such as flavors, preservatives, or colors; or foods not produced organically or following other specific agricultural practices. They may talk quite a bit to others about their way of eating, or they may keep their dietary practices to themselves, especially as others become concerned.

As with other restrictive eating disorder behaviors, people can also become isolated and withdrawn. They often feel increased anxiety, guilt, panic, obsessive thoughts, depression, and/or fear related to eating certain foods or not having access to certain foods. These feelings can perpetuate the isolation and rigid behaviors and keep people from seeing they need help.

Together, this restrictive way of eating and the related physical and psychological emotional changes can lead people to be at risk for nutrition deficiency or imbalance, such as compromised bone health from inadequate mineral and vitamin intake and abnormally low blood pressure, low heart rate, decreased body temperature, and/or menstrual cycle changes related to inadequate energy and fat intake. Negative impacts on bone health can be irreversible and cardiac impacts can be life-threatening. Mood changes can put people at high risk for self-harm or suicidal ideation, commonly seen with eating disorders.

As with all eating disorders, it is important to get help if you or someone you love might be struggling with these kinds of behaviors. Don’t wait. Being healthy is important and eating well is a valid pursuit—but when taken too far, it can take someone down a road that can do the exact opposite and rob them of health and well-being.

Dr. Jillian Lampert is Chief Strategy Officer at The Emily Program. Jillian brings expansive experience to The Emily Program’s clinical, research, education and program development areas. She also provides nutrition education and counseling. Jillian is on the board of the Academy for Eating Disorders, an international professional organization of clinicians and researchers, and co-chairs its Nutrition Special Interest Group. She has authored numerous book chapters and articles on nutritional treatment of eating disorders, body image, sports participation, and adolescent health. She completed her doctorate in nutrition and epidemiology, master’s of public health and dietetic internship at the University of Minnesota and a master’s in nutrition at the University of Vermont.