Living Moderation in a City of Extremes, Part 3: Recovery as Reclamation 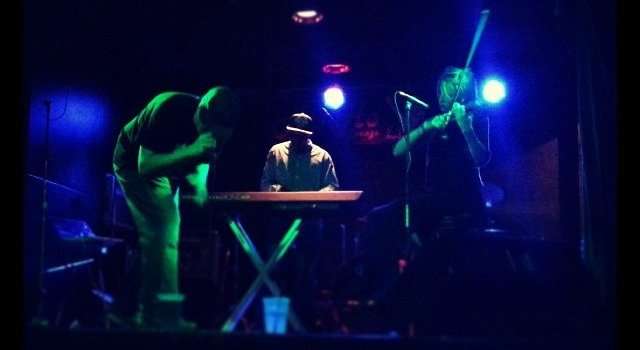 By Clare Harmon, a former Emily Program client and woman in recovery

Before I launch into the topic du jour—recovery as reclamation—I’d like to tell you a story about my pre-recovery, pre-treatment life. Once upon a time, I studied music. I mean, I really studied it. Once upon a time, I practiced between five and eight hours a day; subordinated everything to the viola. Once upon a time, I gave myself to music. I worked hard, eked out a meager living playing weddings, subbing with various mid-tier orchestras, and teaching lessons at a small liberal arts college. Once upon a time, I went to music school and subsequently tried to “make it” as a classical violist.

Two weeks ago, I wrote about a job I applied for (spoiler alert: they didn’t hire me) in the Lower Ninth. The same week I interviewed for that job, I was hired by my current employer—a stellar community school on Broad Street—to teach music fundamentals. At the time (and unfoundedly so), I was disappointed. I had it in my head that I would make a clean break from music, that I’d transfer my love of teaching to the language arts, to poetry, literature, the humanities. Music—all music—represented something destructive, a past that exacerbated my eating disorder and nearly killed me. I’m done with you, I thought. I’m on to greener pastures, a sparkling fantasy world where no one ever hurts and fancy unicorns expunge traumas grand and small. I’m leaving music far behind for pursuits clean, unsullied by my untidy young adulthood. I am a musician by economic, rather than ideological, necessity. As a colleague once callously announced, “I only play the viola if I get paid.”

But then. Then, I actually went to work. These kids lived enthusiasm more magical than anything in my pale music-less fantasy. Their unbridled joy at making sound and interrupting the sting of silence jolted me into an examination of my disordered “either/or” thinking. To say that “music—all music—represent[s] something dark” is not unlike saying that “all fats are bad,” not unlike the extreme thinking that defines the most virulent eating disorders. Although I previously accepted that I’d have to reformulate my relationship to music in the same way that I reformulated my relationship to food, I never lived the assertion with quite as much immediacy. On my inaugural day of teaching, I taught an eager student the opening bars of Fur Elise, I modeled dance rhythms on a djembe, I played the tambourine for the first time in my life, I sang at the top of my lungs and I smiled and laughed and fully enjoyed an embodied music-making. This, I paused to admire the possible, this is what it can be like.

Because of my personal history, music is inextricably linked to trauma, self-harm, and disordered eating. My departure from an intensive graduate program in performance was precipitated by surviving a sexual assault. In the wake of being raped, my eating disorder and self-harm tendencies reached their near-deadly zenith. I survived multiple suicide attempts while sorting through the self-directed torsion of my musical training. The perfectionism of practice justified the ideology my eating disorder espoused. The one fueled the other and I thought I’d never disentangle the two. Once upon a time, I wrote that music—all music—is an act of violence.

About a year ago—my first summer in New Orleans—I decided I’d never teach or play again. To do so would be too painful and I feared it would lead to symptom use. My recovery was far too precious to risk by opening old wounds and rubbing them with salt. When it became clear that giving lessons and subbing with the local orchestra was an economic necessity, I carefully planned to contain the experience. It would be a job, like folding button-ups at the Gap, an occupation rather than a vocation. Something separate from my life and person.

I’ve only been at work for a couple of weeks and already I know it is not like that at all. Just as recovery is not simply “start eating again,” the reclamation of this discipline inseparable from symptom use and trauma is far from a facile “start playing again.” To play and teach again is to reintegrate music into my life and body in a way that adds to rather than detracts from its fullness. Easy to say but difficult to do.

In recovery, I’ve learned a personalized system of checks and balances. Does this behavior support my recovery? Is this behavior motivated by a desire to be well or a desire to be thin? As I start playing again, taking gigs here and there, teaching, lining up performances, I have to ask myself similar questions. Does this choice to play/perform/teach support recovery? Is it motivated by a desire for fulfillment or a version of symptom use? For me, music, like food, is inextricable from survival. Such a sweeping proclamation sounds trite: it’s the cliché we’ve all heard, one that begs in its saccharine simplicity for out-of-hand dismissal. But tired as it may be, it’s true and represents a new challenge in my recovery—one I look forward to confronting in the coming months and (I hope) years.

1 My first book, The Thingbody explores this premise and is based on a research paper titled “Violent Temporalities/Temporalities of Violence: Ethical Considerations for Performers & Pedagogues of Western Classical Music.”

A little about Clare: She is the author of two books of poetry, The Thingbody (Instar Books, 2015) and If Wishes Were Horses the Poor Would Ride (Finishing Line Press, forthcoming 2016). For more posts from Clare:

Living Moderation in a City of Extremes, Part 1

Living Moderation in a City of Extremes, Part 2: Guilt and Negative Self-Talk in the Lower Ninth