Creating an Identity Outside My Eating Disorder 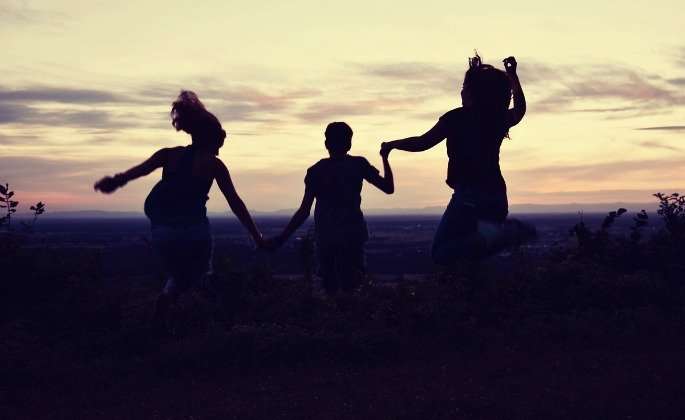 By Megan Haskins. Megan has completed intensive programming at The Emily Program and is a wife and mommy to triplets.

These are all questions I’ve asked myself during my first year of recovery, which truly didn’t begin until this past January. As we know, recovery isn’t linear – a straight line from A to Z – but rather a rollercoaster of twists, turns, highs, and lows. What has changed throughout this journey? It wasn’t ME that has changed but rather who and what I’ve placed my identity in that has changed.

I was diagnosed with anorexia at age 27. My identity was found in calories, my weight in numbers on the scale, the image I saw in the mirror, and how many miles/hours/minutes/calories burned I’d put in at the gym that day. I married at the age of 23, but oddly wouldn’t have identified myself as a wife, but rather a runner and an individual who exerted tons of self-control. This is where I found my worth! My poor husband was a bystander who thought I was just one rigid chic! He was afraid to get in my way. Therefore, we made amazing roommates but not so great husband and wife.

Wife
…to the most amazing husband ever. Creating an identity, as a wife outside of my eating disorder, was foreign territory for me because I’d struggled our entire marriage before entering treatment. It’s the marriage we knew, and ED was all I relied on. But now I am able to be a wife who can genuinely listen to my husband instead of counting calories or thinking about when I get to work out next. I am a wife who is finally a part of a team! As we parent, make financial decisions, and plan life together I can mentally and physically be all in. I am not the perfect wife, for there is no such thing, but I know my husband loves this Megan better than he did the Megan that held her identity in ED.

Daughter
…to an earthly Father and a mother in Heaven. This has been one of the more difficult identities to transform in recovery because the grief over losing my Mom in 2014 (while in treatment) always tries to pull me back to behaviors due to the lingering sadness and strong feelings. The last Megan my Mom knew, and the Megan she knew for the 11 years prior to that, was the ED Megan. She never got to see the Megan living in recovery, mothering three beautiful babies, and living life to the fullest. A lot of processing and hard work went in to figuring out how to be a daughter. A memory of a mother and a father are still here with me, but I have been able to move forward and be the daughter I knew my Mom would have wanted me to be.

Friend
…to those who have stuck by me through it all. I am willing to let others in a bit closer now and be more transparent and genuine. I have always considered myself a good, loyal friend but in recovery I can identify with that description even more! I am more loyal and more genuine because I have the space and energy to give to relationships now.

Sister
…to one incredible younger sister! We had a rocky relationship growing up and even more so when I began engaging in eating disorder behaviors. It was hard to make her a priority in my life when I had an eating disorder to feed and a persona to uphold. Over time and with great work though, we are now closer than ever. My identity as a sister is an important one and I am grateful to now be available to her, especially as we’ve walked through losing a mother together.

Mother
…to almost 21-month-old triplets and another on the way! Creating an identity, in general, outside of my eating disorder has been challenging, but creating an identity as a mother has been even more challenging. Becoming a Mom to not just one but three at the same time robbed me of my prior identity. My every breath, every move, and every decision serves them! I have had to learn to sacrifice my wants and selfish desires to be the triplets’ everything. Just like in recovery, over the last several months I’ve had to learn that a balance is also healthy! I need time for myself just as much as I need the strength and energy to chase around three toddlers (all while being pregnant). Truth of the matter is…even if I wanted to identify myself with an eating disorder again I couldn’t! I simply don’t have the time and my energy is needed elsewhere!

Overall, creating that identity outside of my eating disorder didn’t happen overnight and it’s still a work in progress. I have days when I trip up and fall prey to eating disorder thoughts; the difference is that I don’t give in to the behaviors. I can step back and recognize who and what I’ve placed my identity in with recovery and reach out to my support system when all else fails.